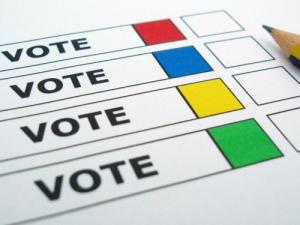 The lineup of speakers at a political convention is interesting. It’s almost like a court proceeding. is a cast of witnesses, some expert, most not. Some resonate with the jury. Others fall flat. The idea, of course, is not necessarily wow the jury, but to get the ideas on the record.

As I sat in the convention hall, I noticed that there was always a scurry of activity everywhere and a low cacophony pervading the room. Whenever a speaker took his/her place at the podium, it took only a few seconds before you could determine if s/he resonated with the audience. If not, the noise level went up and the poor speaker would lumber through their remaining comments and leave the stage. There was always polite applause. By the way, it didn’t matter if the speaker was a prominent party leader or an everyday citizen espousing the virtues of the party position, they either were a hit or not.

The speakers who got the audience’s attention, were more expert at getting them engaged. If they were able to do so, the din of conversation went down precipitously. The audience leaned on the speaker’s every word and responded with a call and response or cheers and applause at the right time.

Here’s the point, though. Whether a hit or not in the hall, every speaker had some key point that the party leaders wanted to get on the record. And, while I could barely hear some of them while sitting in the hall, the television version was clear, crisp, and easily understood. The record was made.

A few examples from this convention bear exposure here.

Organizational culture is a key component of effective diversity management. Learn how to inspire a workplace culture built on celebrating individual strengths.

Javier Becerr, a House member from California, captured the crowd and made his point with an old family proverb. He said, “tell me with whom you walk, and I’ll tell you who you are.”

John Sweeney, President of AFL-CIO, did not play well in the hall, but got the following point on the record. “There are 28 million union households in America who count.”

Jim Whitaker, a Republican from Alaska, was effective in the hall and got great response by asserting that we are all “Americans first”.

Steny Hoyer, House Majority Leader, did not completely enrapture the crowd, but was able to get on the record the fact that the Republican ultra conservatives engage in “country club economics”.

One of the best zingers I heard on the second day was by Ted Strickland. He gave the baseball analogy of how the Bushes have handled the Presidency. George Bush I came into office on third base (after Reagan) and arrived at home believing that he had hit a homer. “W” (Bush II) also came into office on third base (after Clinton) and proceeded to steal second (with John McCain cheering him on every step of the way.

Then there were the obligatory speakers who were given the platform as a courtesy. Most notable among them was Governor Sebelius from xxxxxx, who was rumored to be a VP finalist but was surprisingly ineffective with the crowd.

By the way, a panel of corporate luminaries, including Jim Rodgers (not me), CEO of Duke Energy, talked about the energy plan. It was the first time I understood clearly how elegant the Obama plan for energy independence is and how achievable it is. The principles of the plan include renewable sources, new jobs, conservation, and world leadership. Most corporate leaders know from experience that clear principles serve as a guide to effective execution. I got it.
(Visited 1 times, 1 visits today)