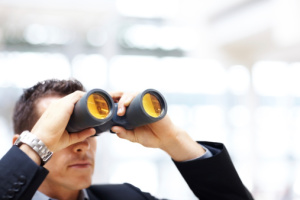 Deliberate Diversity™ is based on a principle that has been proven time and time again: a diverse group of people will always come up with a better solution than any one expert in any particular discipline.

Most businesses that benefit from diversity do so by accident. But people should be doing diversity deliberately, to get better business results. And that’s the opportunity they’re missing.

Since 1995, I’ve been collecting data on diversity and finding that people are getting good results from diversity accidentally. One example is Apple, when they developed the MacBook. The original design really would have stunk, because the team on the project was made up entirely of young, white, male engineers.

The guy who headed up diversity at the time noticed that the perspectives of the people who had been working on it were reflected in the design, and brought this up with the team. “I can tell you who’s working on this design, because the design reflects it,” he said.

Do You Understand Your Diversity Strengths?

Companies who simply accept diversity as a fact of life and develop strategies for utilizing it, experience significant organizational growth.

As a result they decided they needed outside input. They brought together a broad group. They went international. They brought in a lot of women and other constituents, including older people who perhaps didn’t see so well. They came up with a better product. That’s an example of an accidental use of Deliberate Diversity™. They backed into it. They came up with a good idea and diversity turned out to be the solution.

Go in to a project with the idea that you’re going to take advantage of those different perspectives. Rather than doing it accidentally, do it deliberately. Do it on purpose.

The whole idea of Deliberate Diversity™ is to accept, as a fact of life, that diverse perspectives always result in better outcomes than any single perspective. That’s pretty well known in academic circles, and most people in corporations know it, but no one ever practices it. So Deliberate Diversity™ is an attempt to get people to practice that basic principle. And my definition of a principle is something that’s always true. It’s not hit or miss, sometimes-it-works-sometimes-it-doesn’t. That breakthrough ideas always come from outside the circle is a principle that’s been tested over and over again. It’s an absolute truth.