Avoiding the Reputation Trap: Staying on the Path to Diversity Management 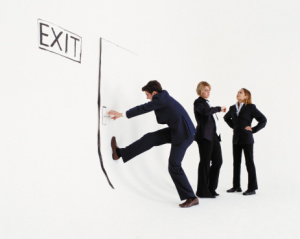 Companies fall into the reputation trap when they have not been successful utilizing diversity and managing it for business results. When this happens, their fallback position is, “We should at least be known for being diverse.” Even though these companies aren’t really leveraging diversity for better results, they want the glory of being seen as diverse companies.

Reputation, in a nutshell, is the biggest distraction from doing serious diversity management work.

I advocate for companies to avoid these lists. I’m a critic of them, because these lists are diversions. The criteria that magazines use to make these lists never account for results – the real purpose of diversity management.

For example, look at DiversityInc. Every year, they release a list of what they call the “Top 50 Companies for Diversity.” But the metrics for the list are problematic. If you look at the criteria, they only care about the first three of the Five R’s:

I’ve been chastened by one cold, hard fact: I was at a conference about seven years ago. In a small group setting, I was talking about how these lists are major distractions from the real work of diversity management. A friend of mine, who is a chief diversity officer for a major utility company, said, “My CEO loves seeing his picture in magazines, and it’s part of my job to get him there.”

Watch The Diversity Coach in action.

The fact is: human nature prevails. No matter how distracting the lists are, people are going to want to be on them. No one wants to be thought of as unfriendly to diversity. Everyone wants to make these lists, to be seen as a good place to work. It’s very seldom that there’s an actual correlation between the lists and real diversity work.

I have a challenge for the companies who care about these lists: if you get on the list, make sure you deserve to be there. Make sure you are translating your diverse mix of people into better business results. Then you’ll have something to pound your chest about. Until then, all you have is a flimsy paper acknowledgement.

The Magazines Have Their Agendas; We Have Ours

I recognize why these lists exist. The people who make them have their own agendas. The magazines want to sell ads, and they sell ads to the people on these lists. Sometimes, to get on the lists, there’s an entrance fee. So there is an obvious revenue motivation. As conference sponsors, their only agenda is to get butts in seats. They want to attract people, regardless of whether or not what they are doing is relevant to diversity management.