4 Challenges You May Face Implementing Deliberate Diversity™, and How to Overcome Them 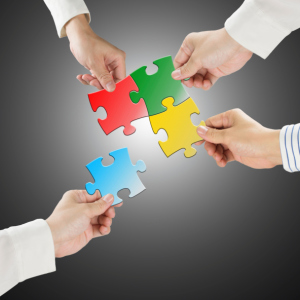 When you look at the steps of Deliberate Diversity™, there’s actually nothing new about it. Every one of these steps is borrowed from other disciplines.Selecting the steps that work in other places and bringing them all together into a comprehensive business strategy is what makes Deliberate Diversity™ so effective.

But when you package them all together, what you get is something that looks, feels and sounds completely new and foreign to people.

People have a proprietary interest in what already exists and in holding on to the status quo. So the first challenge is getting people to accept something that is different from what they’ve always done.

People Are Afraid To Speak Up

Most people don’t want to look stupid, so they can be reluctant to speak up in front of others who might not agree with them. People are really concerned about that. The response that you get when you’re an insider and you have a radical idea is, “Don’t you know how we do things?” When people get enough of that, they learn to just comply and do like everybody else does. And they don’t think broadly, even though they have the capacity to do so.

Satisfied with your diversity maturity?

Now it’s time to learn how to leverage your employee’s differences to generate organizational growth and positive business results.

Deliberate Diversity™ only works if everyone in the room is contributing to the conversation. The point is to broaden the perspective of the group, and this only happens if everyone is involved. The solution to this is to make sure that everyone understands that it’s crucial to get all the ideas on the table. No matter how stupid an idea may sound, it needs to be heard. The process only works if the people involved feel comfortable giving voice to whatever ideas they have, no matter how radical.

Team members have to understand that they are about to try something new, so it is crucial that the process is explained from the beginning. For instance, it’s not enough to simply tell team members that there will be a series of meetings with people in other departments and other fields. You have to communicate the entire point of Deliberate Diversity™. This includes the goals of the project, the steps the project will take, and why Deliberate Diversity™ has been selected as the strategy.

Team Members Feel They Have Nothing to Say

Sometimes you get people in a room together and nobody feels they have anything to contribute, because they’re so used to being another robot in the system. They’re no longer used to thinking. When you do think, you get ideas, and when you get ideas you get shot down, and you say, “I’m not doing that again.”

Every solution that your company or business needs is already in somebody’s head. You have to create an environment where everyone feels safe contributing radical ideas. But once you get a few of those ideas out on the table, it kind of cracks that eggshell and allows people to say, “Maybe I won’t get get shot down if I say what I’m really thinking.”